Tim and I discussed a lot about whether or not to go to the War Memorial in Canberra while we were there. It was one of the main reasons Tim wanted to go. He is very interested in the history of the different wars that Australia has been involved in. I was concerned about having the kids there. As it turned out, it wasn't so bad. Tim wanted to see everything so he took the camera. I took the kids. All they really wanted was to see all the medals. I did have to try to explain a few curly questions though. How do you explain why there is war to a couple of 6 year old's and a 3 year old? 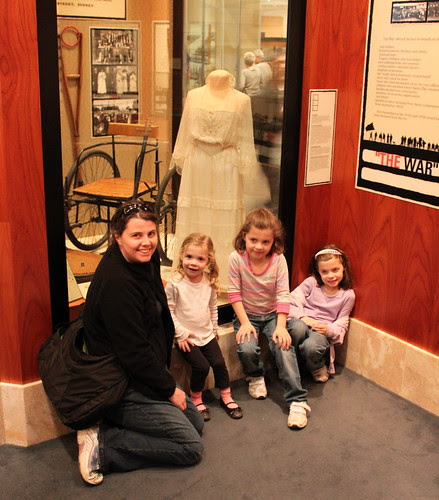 We had our photo taken in front of this war time wedding dress because it was the only feminine thing around. The girls thought it was beautiful. It had lovely lace detail on it. Below is a letter from a war widow talking about how she had only been married for 11 months when her husband had died. What heart aches must these people have known in those days? And the heart aches that people are still going through today because of the different conflicts going on around the world. I live a blessed life and am thankful for these brave people. 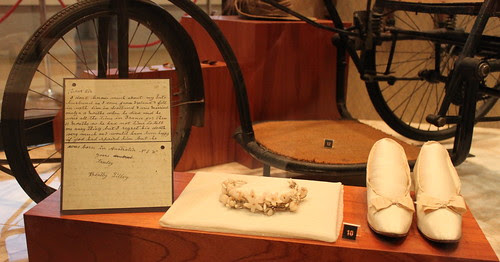 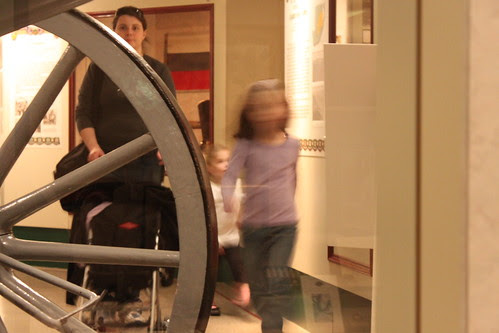 We all tried to stay together but the kids were holding things up too much so I sent Tim off by himself with the camera and we just wandered around by ourselves. The kids went around finding all the medals and deciding which ones they thought were the nicest. 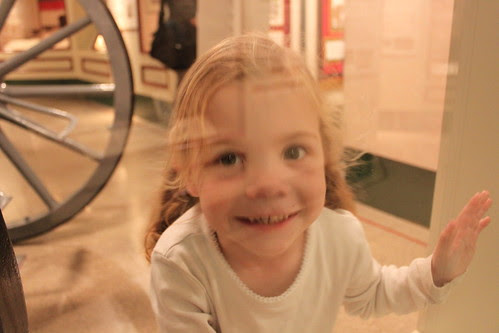 We went through the part of the museum with the most recent conflicts displayed but the girls were all pretty tired by that time so we stopped to look at the art works in the gallery while we waited for Tim. The kids found a big comfy padded bench and pulled their shoes off and we sat and watched a documentary about the artists and their inspirations for the pieces they had painted. 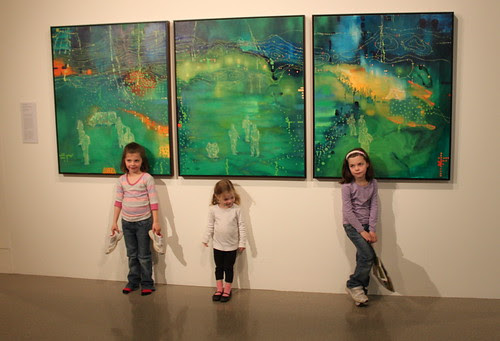 I am sure they must have looked a sight... and probably I did too. Tired Mummy with 3 tired girls waiting for Daddy. Don't you love in this picture how Esther still doesn't have her shoes on! Funny. This art work is by  Jon Cattapan and is called Night Patrols. The art was amazing.
Posted by Mid-Craft Crisis at 9:34 AM