I really wanted to make something... crafty and nice for Echidna Day. Something that wouldn't matter if it was around after Echidna Day was finished for another year.

I decided to do another stitching project in a hoop. I found this colouring page of an echidna and decreased the size I wanted. I traced it onto calico with a water soluble pen (aren't they a dandy tool to have?). 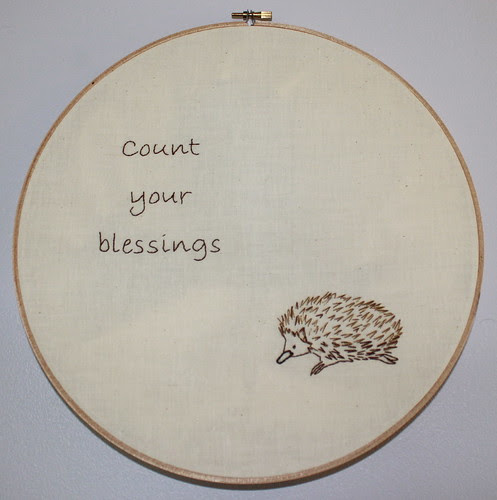 I have been trying to think up a focus for Echidna Day for a long time. After an email from a crafty friend of mine I settled upon it being a day of counting our blessings. My friend sent me a paper project she had about a month of thanksgiving. We don't celebrate Thanksgiving in Australia but I really wanted to adapt the idea of it to Echidna Day. This was perfect. 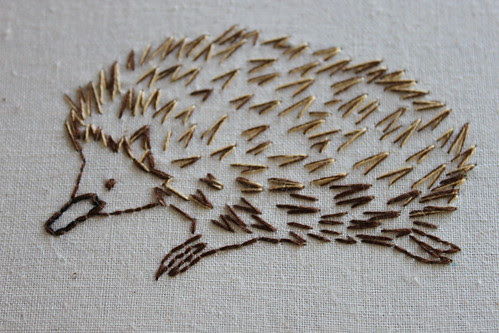 We have so many blessings to be thankful for. It is important to remember them when things get too overwhelming. In the grand scheme of things - Life is good. 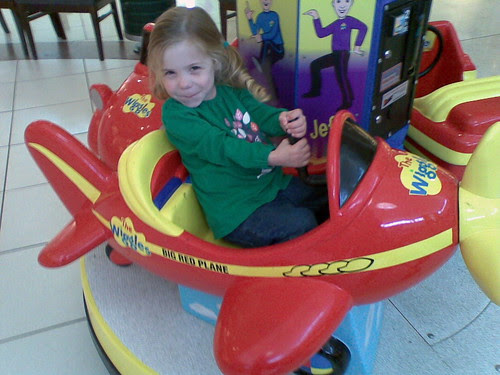 This week has been a tough one. Amelia had to have a routine broncoscopy and there were complications during the procedure. We are so thankful that the medical team were able to clear her airways again and she stabilised. The day after, you would not even know anything had happened. She was happy and playing like she always does.

We are so glad that God bought such a special little person into our lives. We have been blessed with three beautiful daughters. We have a lot of blessings to count.
Posted by Mid-Craft Crisis at 1:17 PM