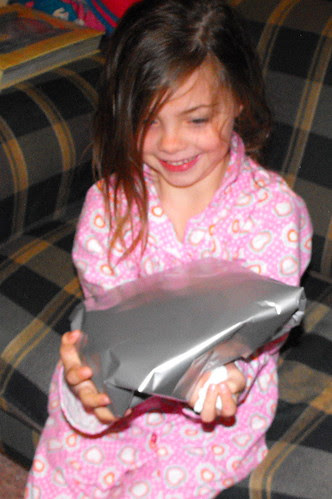 Esther opening her first present of the morning. 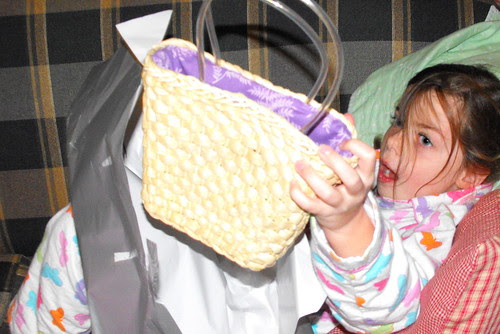 Ellamay with her new princess basket. I think that is an impressed face, don't you? 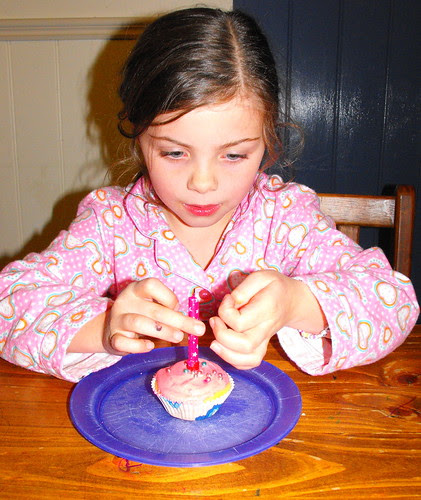 They didn't spend the day in their pj's - this is at dinner time with their birthday cupcakes. 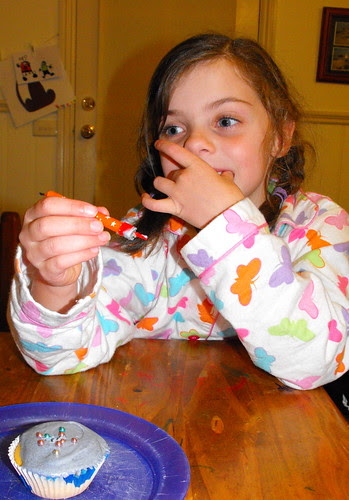 I have visions of making glorious cakes for their birthday's each year, but time is never on my side. Probably by the time I have the time to make cakes as glorious as I want to, it will be very uncool.
Ellamay was quite sick during the whole week of her birthday which is why everything was delayed. I am happy to say that after that week she improved and is nice and healthy again.
The drawing sets and baskets were very successful and have been getting a lot of use. I found another basket at the Reject Shop in their clearance bins marked down to $1 so I will be saving that one up to remake too. I will have to keep the drawing sets in mind for other kids birthday's too. Their friends at school really liked them.
Posted by Mid-Craft Crisis at 2:42 PM