Cardboard kitchen and a bit of felt food 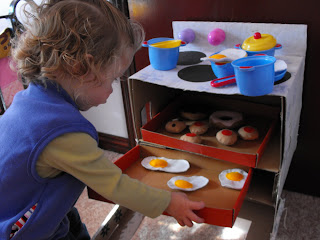 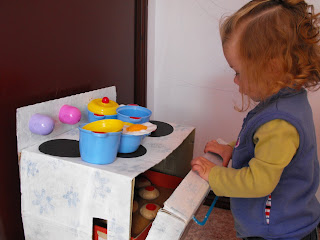 I thought I would post some pictures of the cardboard kitchen we (I) made last winter. It lasted a good six months or more til it was thrown away. That's not bad for something made of cardboard and hot glue. And it was thrown out because kids stopped playing with it not because it was completely worn out. I would have just given it a new paint job and added some more hot glue and it would have been fine.

It started with the oven above. The inspiration for this came from one I saw on Martha. I had already started making the felt food and so the kids needed somewhere to cook it. Naturally. We didn't really want to commit the money or the space to a wooden kitchen, although some of them around are super cool.

I made the sink and fridge next. 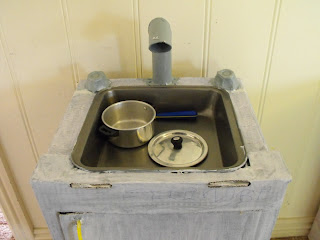 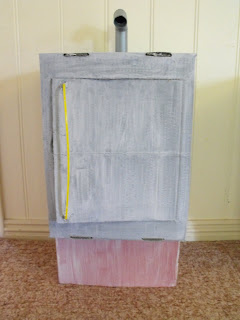 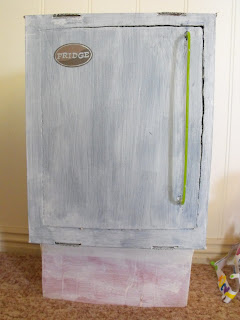 Finally, the microwave and the kitchen dresser. 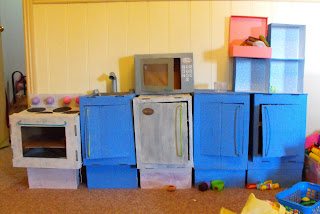 As it was all made from cardboard boxes the kids could pick it up and move it around to whatever and where ever they wanted. They played kitchen's and restaurant's. The oven was the favourite. The kids helped paint all of it. And when it was getting a bit worn looking or they were bored of being stuck inside, we would just give it a new coat of paint.

I was sad to let it go but I hope to make some more box furniture this winter. Maybe another kitchen? This is high on my list. When I get a new glue gun anyway. :)

Posted by Mid-Craft Crisis at 8:57 PM