Our children are driving me crazy at the moment. Esther and Ellamay have just started school and they are tired and cranky. They will not sleep though! Up until 10pm is not okay for five and a half year old's, in my book. They are fighting between themselves and with Amelia. 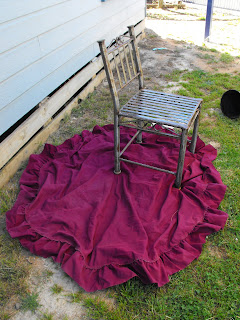 It's hard to believe, at times like this, that they have a sweet bone in their little bodies but they do. Last week when I was feeling lousy from the migraine, they put on a concert for me in the backyard to make me feel happy (better). There was a special chair for me to sit in. 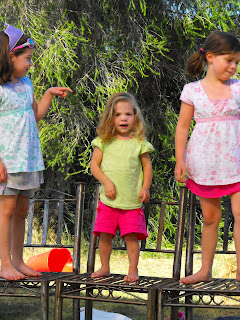 They sang and medley of their favourite songs and a few made up ones. There was a few disagreements who would go first or if they should sing together. 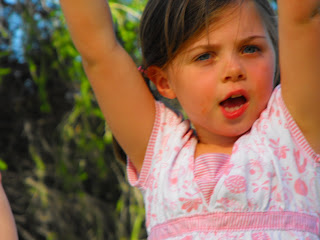 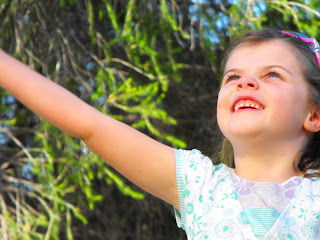 Ellamay. In the end they all had a turn. 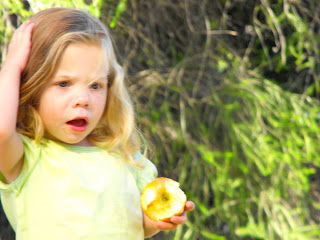 Amelia sang in between eating an apple. 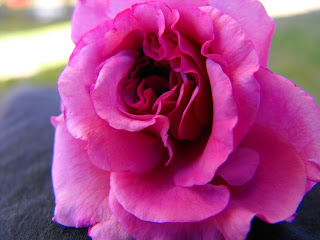 And there was a special flower (off my favourite rose bush!) "for the lady in the audience."
So look at that! My kids do drive me crazy. And they do misbehave. But in them... beats little heart's of gold! They were trying to take care of Mummy. I love them.
Posted by Mid-Craft Crisis at 12:13 AM